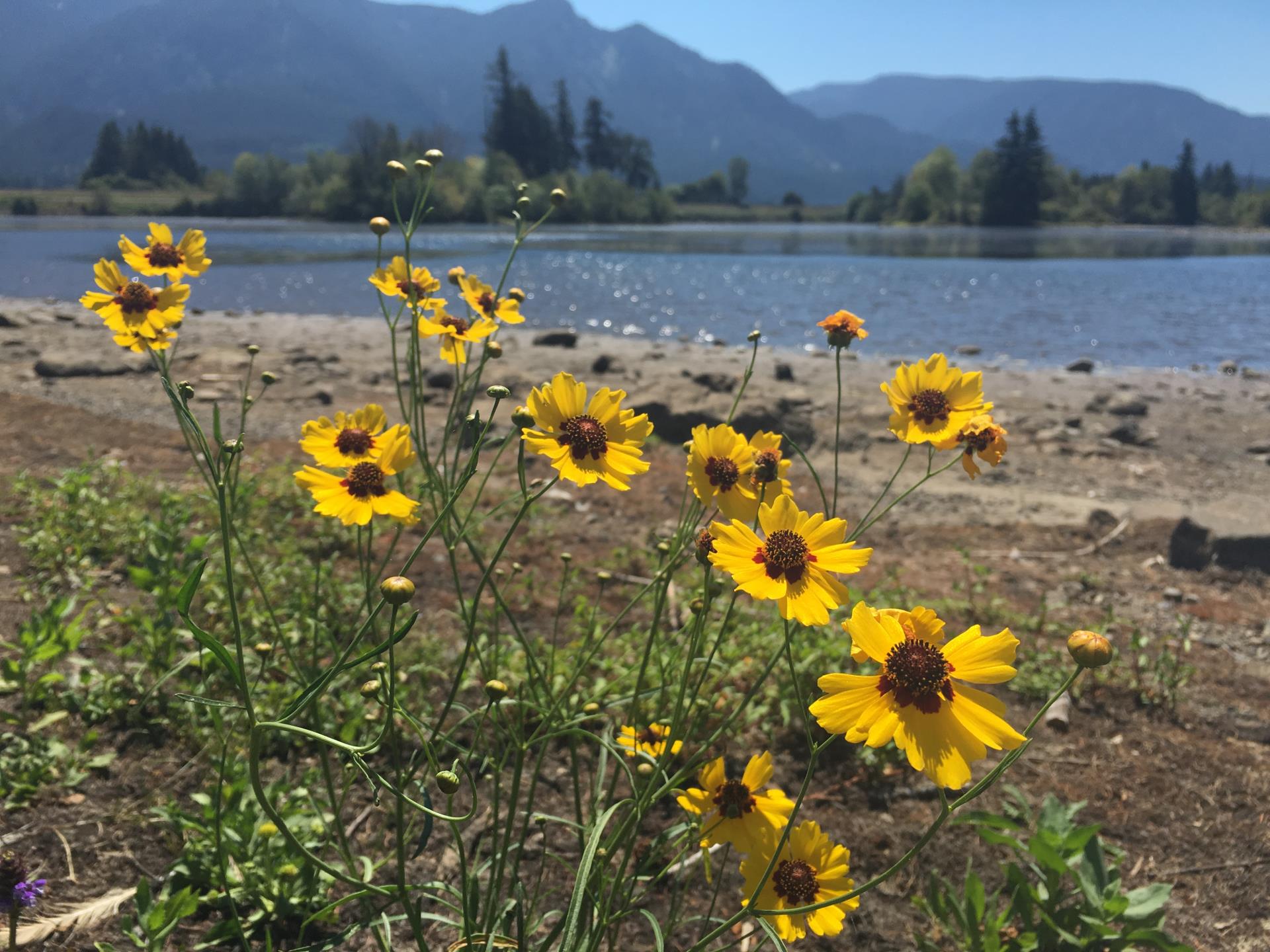 The mission of the Skamania County Noxious Weed Control Program is to serve as responsible stewards of Washington by protecting and preserving the land and resources from the damaging effects of noxious weeds. We aim to uphold, educate and enforce compliance with the state noxious weed laws. It is our goal to focus efforts to educate citizens of Skamania County about noxious weeds and the threat they pose to our environment and economy. We actively work with public agencies and private citizens to control and eradicate listed noxious weeds. We actively seek to form cooperatives and enhance coordination between other counties, agencies and landowners to protect our resources, therefore making a difference in Skamania County.
Weed Alert 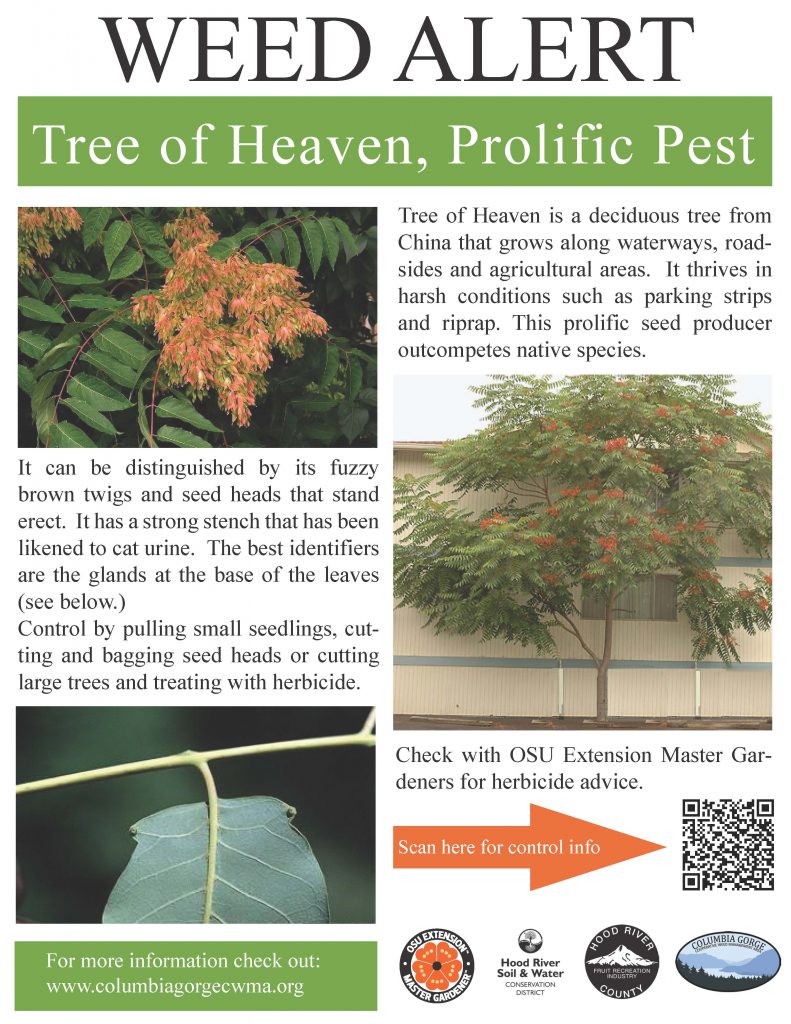 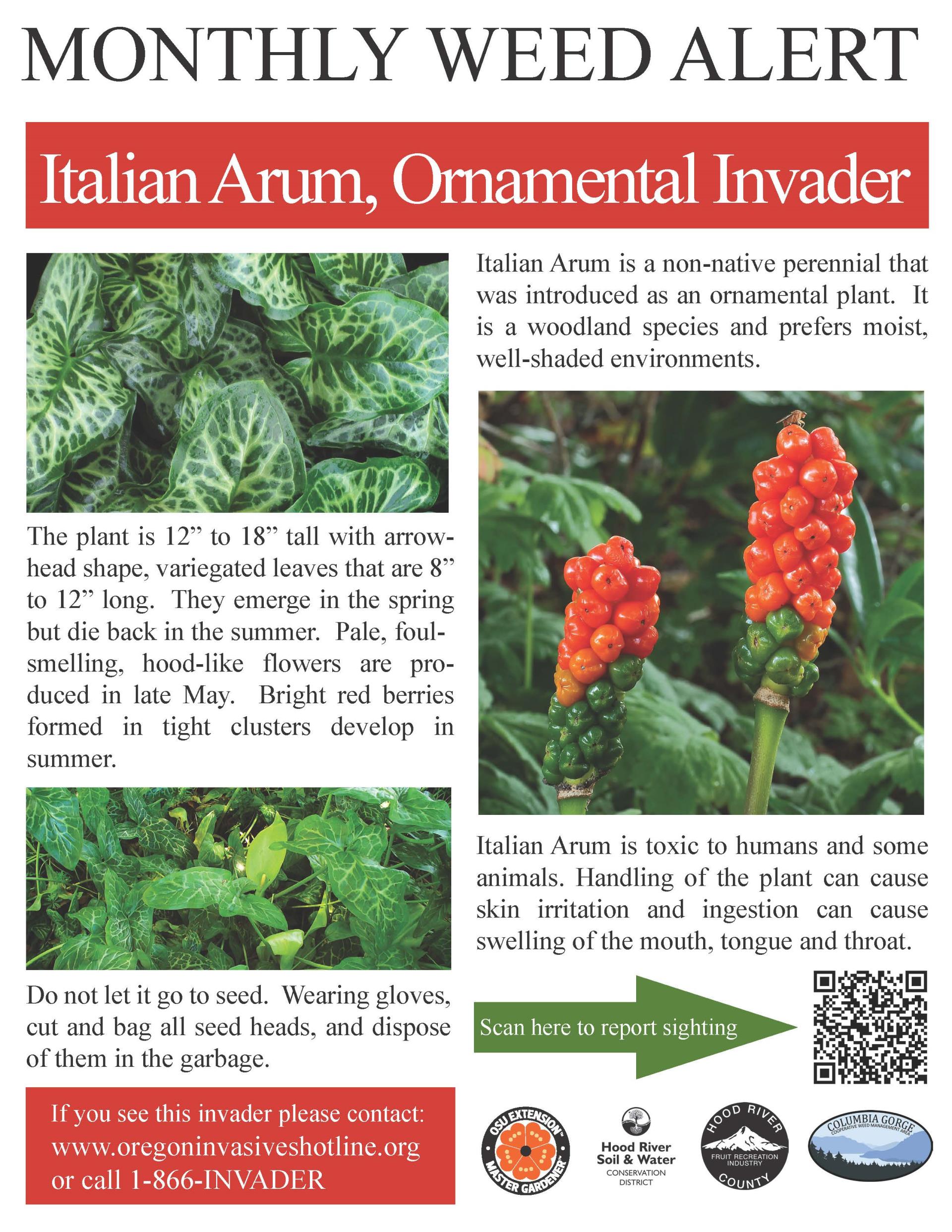 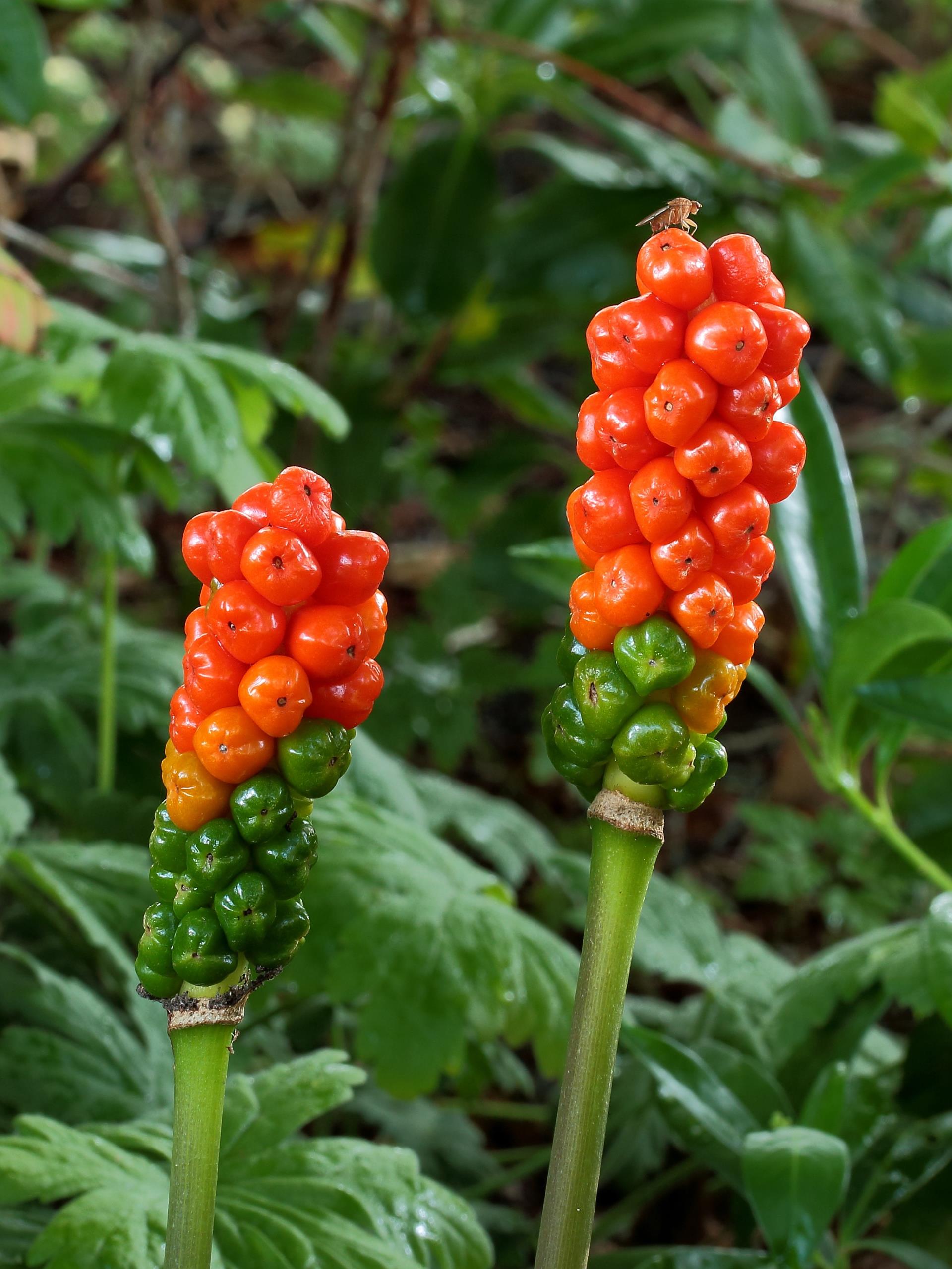 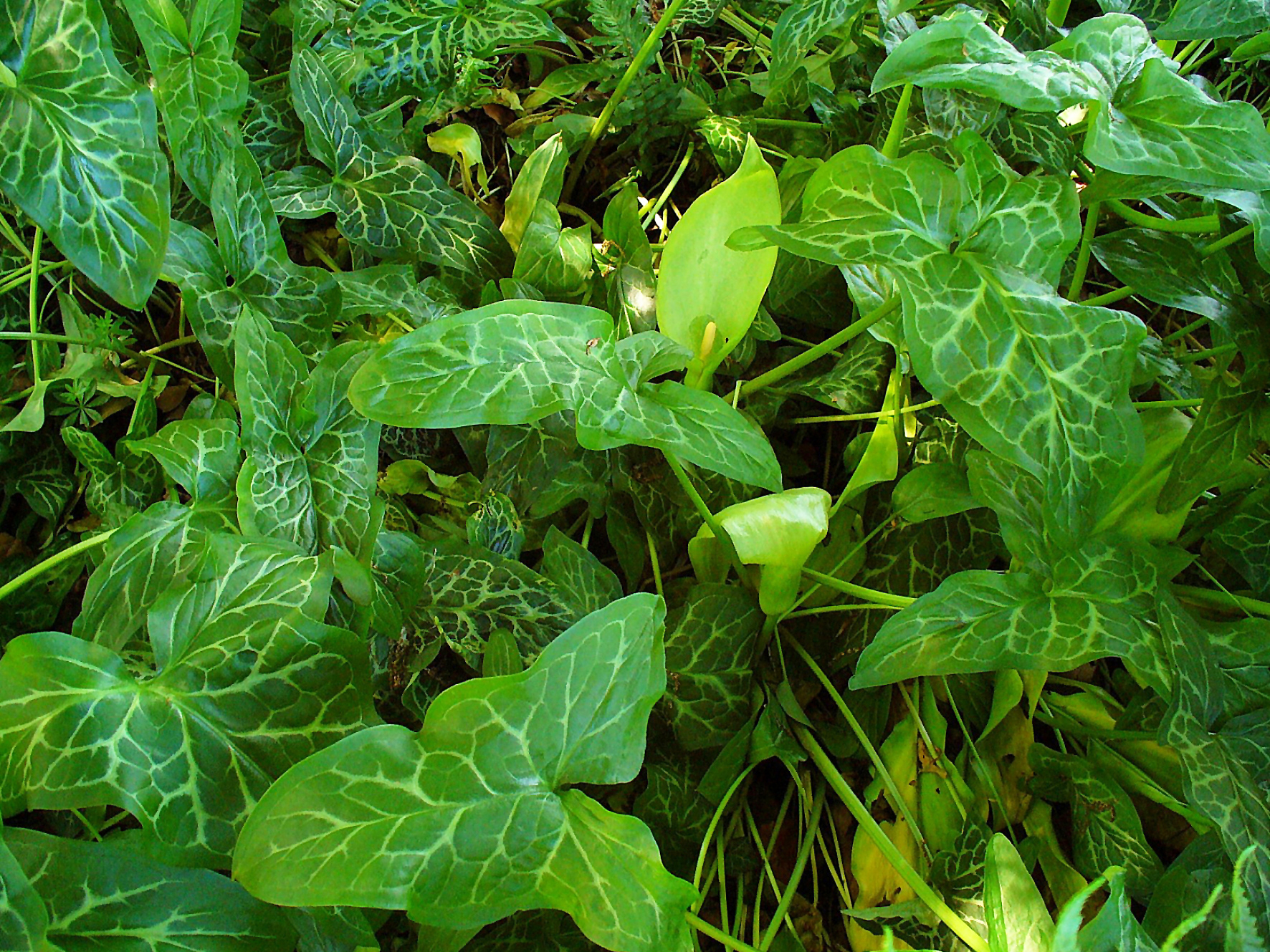 More information can be found by visiting: 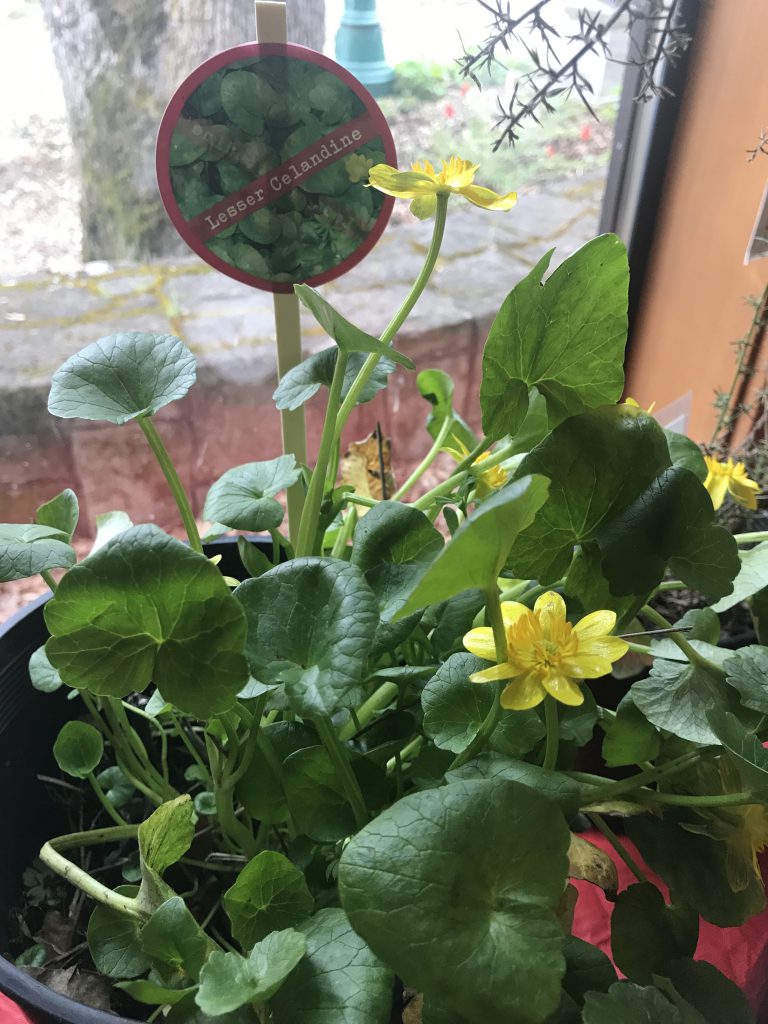 Winter is over, now it's time for the native spring ephemeral wildflowers, those that grow, flower, and reproduce before the woodland trees leaf out. But some invasive plants prevent this from happening. One of these is Ranunculus ficaria, a.k.a. lesser celandine or fig buttercup. Now, you may be thinking "Oooh, pretty buttercups!" But, this plant has some nasty habits that are destroying native spring ephemeral wildflowers.

The leaves appear in late winter, forming a dense mat which prevents the growth of almost every other plant. You might be surprised to know this mat can even block out English ivy!

Lesser celandine, native to Europe, is a low-growing perennial plant. It was originally cultivated as an ornamental due to its attractive yellow flowers and ability to quickly create a uniform groundcover. Lesser celandine grows vigorously and forms large, dense patches in gardens and on forest floors, displacing native and ornamental plants. It can easily out-compete spring-flowering plant communities and negatively impact local wildlife. This invader emerges well in advance of most native plants and spreads rapidly via underground tubers and bulblets. The prolific tubers may spread to new sites through soil movement or be unearthed and scattered by humans and other animals. Mowing is not recommended as this spreads the plant through the bulbils on the stem. Lesser celandine is toxic to livestock and humans. It grows in full shade to full sun and prefers moist to wet soils but can persist in a wide range of conditions.

Early identification and timely removal of lesser celandine is crucial to preventing its spread. Due to its short life cycle, the window of opportunity for controlling lesser celandine is very short. Lesser celandine flowers in late winter before many other plants have started to grow. It's best to remove manually or with herbicide when all plants have come in for the season, just before or during its early flowering period (early spring). Lesser celandine is extremely hard to control once established. Utmost care should be taken not to move contaminated soil and plant parts should all be disposed of in the landfill to prevent contamination of the yard debris and compost system. Please do not share this plant! 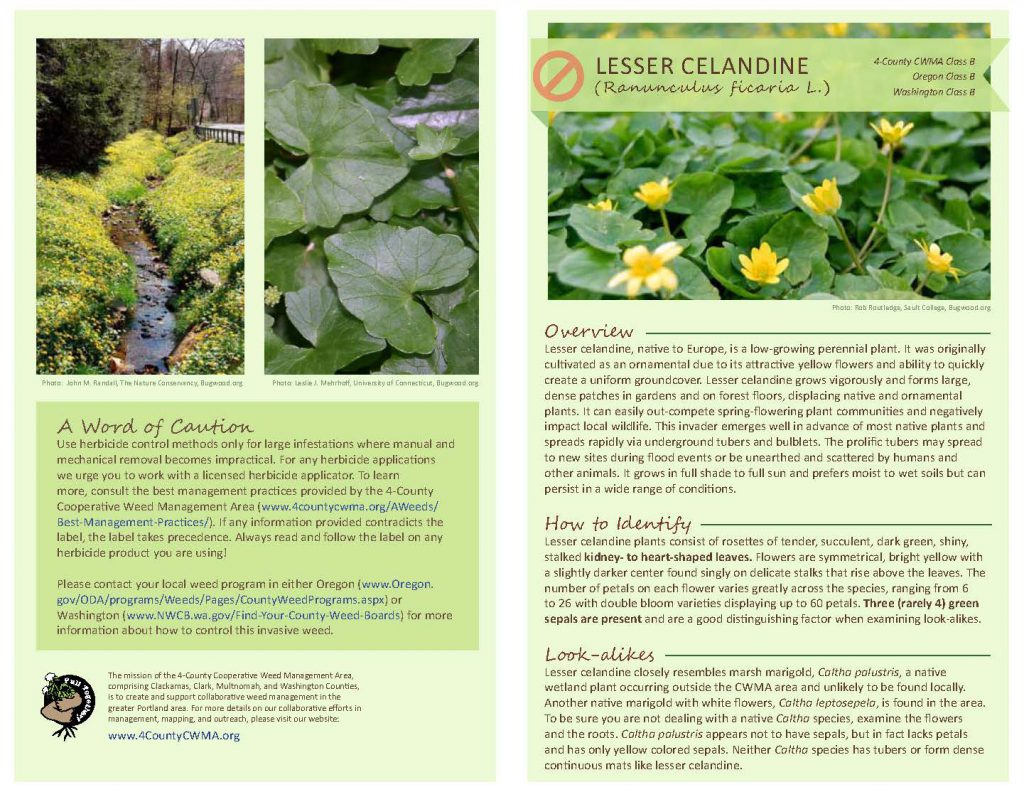 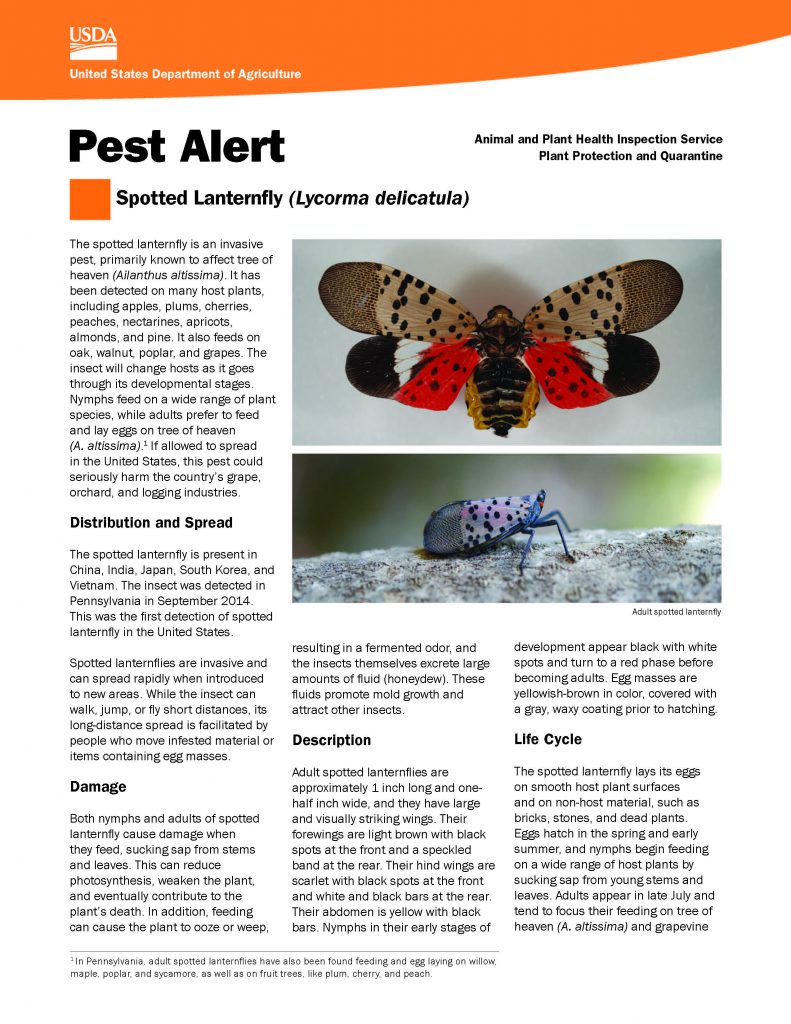 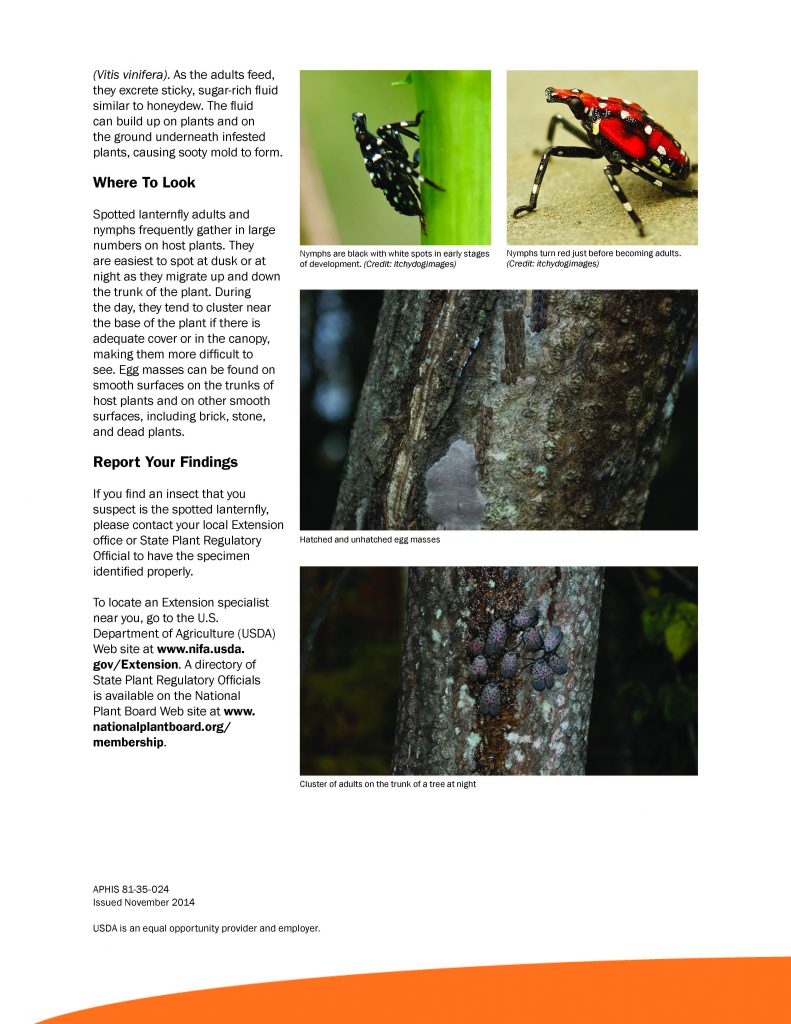 Check out the list of events happening all over the state to celebrate invasive species awareness week.

People can take simple actions to help prevent the introduction and spread of noxious weeds and other invasive species by doing the following:

On February 4th, the Weed Board adopted the Skamania County Noxious Weed List for 2020. The Weed Board has chosen to require control on all state listed noxious weeds in Skamania County. Per RCW 17.10.140, landowners who have a Class A noxious weed on their property are required to eradicate that weed. Landowners who have any Class B or Class C noxious weeds are required to control and prevent the spread of these species on an annual basis.

If you think you may have a noxious weed on your property and need help identifying or managing weeds, please contact the Skamania County Noxious Weed Control Program. We offer free home surveys and are happy to help form a plan to help you combat these invasive species. 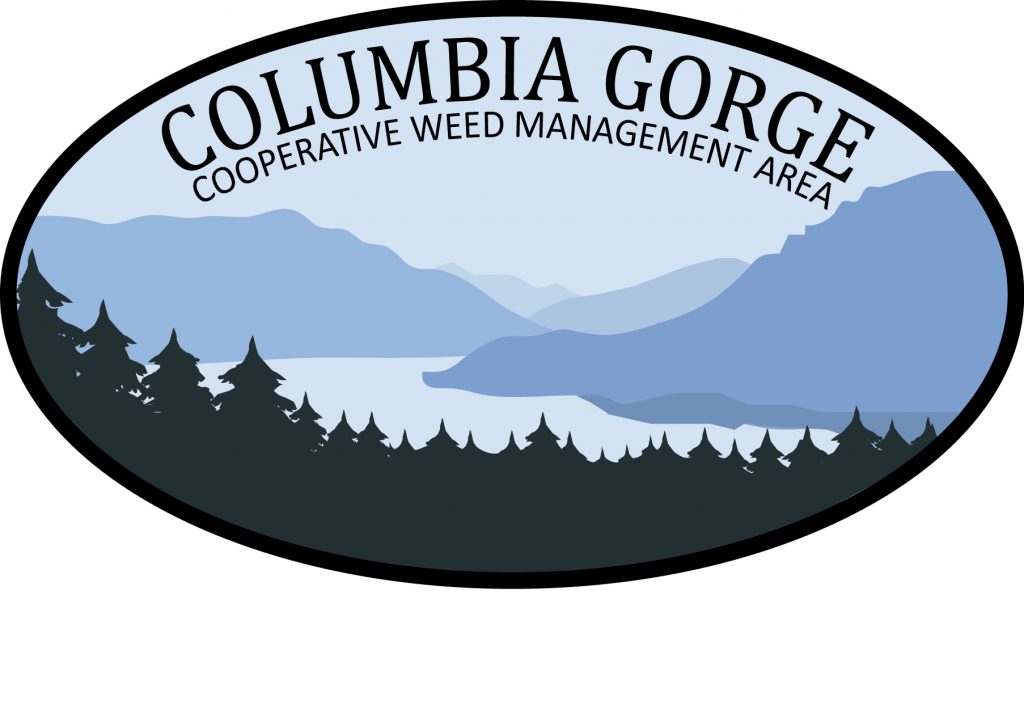 OLYMPIA – A new report released today pegs the economic impact of 23 of the most damaging invasive species in Washington at $1.3 billion a year and a loss of 8,000 jobs, if there’s no prevention, according to the Washington Invasive Species Council.

“Invasive species are plants and animals not native to Washington, and once they land here, they out-compete existing wildlife,” said Justin Bush, executive coordinator of the Washington Invasive Species Council. “They can wipe out crops, clog waterways, damage pipes and dams and completely change the landscape and the wildlife that live there. Left unchecked, invasive species can ring up huge costs for control, kill jobs and harm our economy."

While there are more than 200 known invasive species found in or near Washington state, the economic analysis highlights the damages and potential impacts that could result if 23 of these species were allowed to spread in Washington in a single year.

Following are the total potential economic impacts of 23 invasive species on Washington’s industries:

Crops
Cropland has the potential to be quickly infested by invasive plants, which require resources to control, and by invasive animals, which are looking for fruits and vegetables to eat. The total economic impact of the selected 23 invasive species on crops grown in Washington is estimated to be more than $589 million a year and 4,400 jobs lost.

Timber
Many invasive species have the ability to severely impact Washington’s$1.68 billion timber and logging industry. Invasive noxious weed species such as Scotch broom can outcompete new saplings, which harms future timber harvests. Insect species such as gypsy moth have a more immediate impact on forests by defoliating and stressing adult trees, resulting in their death. The total economic impact of the selected 23 invasive species on the timber industry is estimated to be $297 million and 1,300 jobs lost.

Livestock
Invasive noxious weeds in pastures and rangeland displace native plants eaten by livestock. In some cases, these plants also are poisonous to livestock and horses and can cause life-threatening ailments. The total economic impact of the selected 23 invasive species on the livestock industry is estimated to be more than $282 million annually and 1,500 jobs lost.

Recreation
Recreational activities such as hunting, fishing and boating can all be adversely affected by invasive species. Many of the same species that impact a rancher’s ability to range their cattle also reduce elk and deer populations. Invasive species in the water hamper fish populations and can reduce access to popular fishing areas. Other water species can clog boat motors and render public boat launches unusable. The total economic impact of the selected 23 invasive species to recreational activities is estimated to be more than $47 million a year and 500 jobs lost.

Water Facilities
Water facilities such as dams and irrigation systems can be devastated by aquatic invasive species such as Eurasian watermilfoil and quagga and zebra mussels. If invasive species are introduced to a facility, costly mitigation and maintenance systems must be installed for the facility to function. The total economic impact to water facilities from quagga and zebra mussels is estimated to be more than $100 million and 500 jobs lost.

Rush skeletonweed, Scotch broom, apple maggot and zebra and quagga mussels are the most costly of the selected invasive species in Washington with an estimated total impact of more than $927 million and more than 5,140 jobs lost, the report concluded.

“Invasive species, including noxious weeds, affect all of us in Washington,” says Alison Halpern, the executive secretary of the Washington State Noxious Weed Control Board. “Many people have probably seen Scotch broom take over a vacant lot, knapweeds crowd out rangeland plants or Eurasian milfoil plug up a lake and make it hard to swim or boat. It’s important to understand that not only are they reducing native plant diversity and degrading important habitat, but they also can really hurt businesses that rely on Washington’s natural resources.”

Invasive species rapidly colonize new areas, displacing native species. Nationally, the impacts of invasive species and control efforts cost more than $137 billion annually but information on the specific costs of these impacts to Washington has been lacking.

To address the lack of information, the Washington Department of Agriculture, Washington State Noxious Weed Control Board and the Washington Invasive Species Council partnered with five other state agencies (Departments of Ecology, Fish and Wildlife, Natural Resources and Transportation, and the Washington State Parks and Recreation Commission) to hire Seattle-based Community Attributes Inc. to quantify the impact of 23 of the most damaging invasive species in Washington. The analysis gathered information on crops, livestock, timber and recreation such as hunting, fishing and boating.

“This economic damage can be reduced or even prevented by controlling noxious weeds, reporting invasive species, choosing non-invasive plants, never releasing unwanted pets into the wild and cleaning recreational equipment before and after use,” Bush said. “We all must do our part to prevent the introduction of invasive species to Washington state. With this amount of revenue and jobs on the line, we can’t afford to ignore this important issue.”

“As this report makes clear, invasive species can devastate the economy, in addition to our state’s environment,” said Jim Marra, pest program manager for the Washington State Department of Agriculture. “This is all the more reason for our agency and our partners to continue the invaluable work of preventing the introduction of invasive species to protect the state’s agricultural, environmental and other natural resources.”

OLYMPIA – Four state agencies and a university are asking residents to check trees in their yards for harmful bugs as part of the national Tree Check Month in August.

August is the peak time of year to find invasive bugs like Asian longhorned beetle, emerald ash borer and other aggressive wood-boring insects.

“Invasive insects can destroy Washington’s forests.” said Justin Bush, executive coordinator of the Washington Invasive Species Council. “In Washington, more than 22 million acres of forests are at risk from invasive insects and disease. We need everyone’s assistance to prevent these damages in Washington State.”

If residents see any invasive insects or signs, they should to take photographs and report the find immediately at www.invasivespecies.wa.gov/report.shtml, where they can get an online reporting form or download the free WA Invasives mobile app.

“Initial infestations are difficult to detect, so early detection and reporting is critical to rapidly manage new populations,” Bush said. “Our state needs help finding new outbreaks so they can be contained quickly and eliminated.”

“Early detection and rapid response is the more effective and cost-efficient approach to managing new invasive species, whether because we have the opportunity to eradicate it or because we can take steps to quickly limit their impact,” said Dr. Chris Looney of the Washington State Department of Agriculture. “Our own data show that the general public is an important source of first detections.”

First indications of invasive insect damage to trees include sudden die back or death among a group of like trees that are otherwise vigorous and healthy. If you see this, investigate further and look for sawdust, exit holes or actual beetles. You might help find one of these invasive species:

“Each county has a WSU Extension Office and Master Gardener Program that can help identify suspect beetles,” said Todd Murray, director for Washington State University Extension Agriculture and Natural Resource Unit. “And if they can’t, they know the specialist to send it to. Master Gardeners are often the first ones to recognize and report a newly introduced insect pest. Master Gardener clinics receive a large number of insect samples at this time of year.”

“When it comes to the health of your trees, a few minutes checking them for insects can make a big difference,” Bush said.

For more information about invasive species, and ways to keep them from spreading, visit www.invasivespecies.wa.gov and http://wise.wa.gov. 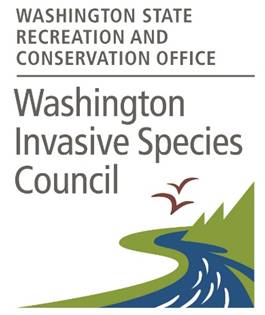 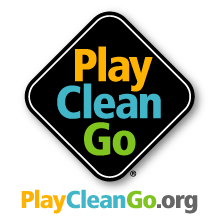